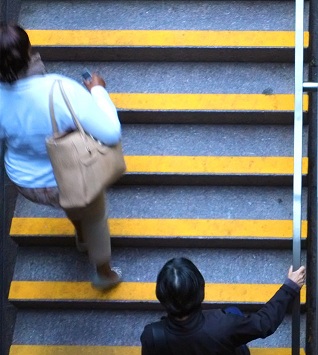 Do you rush through the morning paper, barely skimming the headlines while answering emails and making kids’ lunches? Do you compete with coworkers over how late you stay at the office each night?

When journalist Brigid Schulte found herself immersed in one of the most hectic, time-crunched industries, she, like many of her busy coworkers, was feeling overworked and overwhelmed by the demands of her work and home life.

“I was just feeling so busy and holding on by my fingernails through every day, trying to work crazy hours, not only being good at what I did, but great and amazing at what I did, and then [at home] I was trying to be supermom,” she says. Baking cupcakes until 2 a.m. and hosting professional interviews while sitting on the floor outside her kids’ dental office was the norm for Schulte.

Yet even though she was working as though her hair was on fire, she felt unproductive and inadequate. Schulte had bought into a “culture of busy.” That is, a work environment where logging in long hours and complaining about not having any time in the day is considered a status symbol and a sign of success.

Now, in her new book Overwhelmed: Work, Love and Play When No One Has the Time, Schulte argues a workplace culture that rewards those who are overworked is flawed and she challenges managers, business owners and leaders to adopt a new attitude of work, one where performance rather than time, and a life outside of work rather than a life consisting of work is the norm.

A CULTURE OF BUSY

“In our workplace culture, we reward people who work all hours, are completely work-devoted, and don’t care if they have a life [outside of work],” says Schulte.

This culture of busyness began in the 1980s as economic uncertainty set in and white collar workers began logging in more hours, trying to make themselves stand out amongst the regular 9 to 5ers. “There are many workplaces that still measure hours and not performance even when hours aren’t really what matter.”

LEISURE TIME WHERE THE BEST IDEAS ARE BORN

In her book, Schulte recounts a study by Florida psychologist Anders Ericcson who wanted to understand what it took to be the best at something. He went to Berlin to examine the time logs of the most successful musicians and discovered that the virtuosos were those who practiced the hardest for no more than 90 minutes and took more breaks and naps than the musicians who weren’t as good.

“In the breaks, that’s where the ‘aha moment’ comes,” says Schulte. It’s in the moments of leisure time that the brain is working to solve issues so you can begin your next burst of intense work with a renewed perspective.

“When you look at human performance science, there’s such great evidence that working all of those hours really doesn’t get you where you want to go,” says Schulte. While you may be able to work a few 60-hour weeks, eventually you will be so burnt out that you lose the ability to be creative and innovative.

Schulte sought out real-life examples of workplaces that implemented this theory in practice and found it in one of the most shocking places–the Pentagon. Long hours at the office were leaving Pentagon staff burnt out and struggling to balance the demands of family and personal time. Alternative work schedules and flexible work policies were implemented that reflected a fundamental shift in cultural values.

“People were no longer bragging about long hours. If they bragged at all, it was about how they got their work done more efficiently,” says Schulte. After this cultural shift that invalidated busyness rather than rewarding it, the Pentagon noticed the quality of work improve and thinking became sharper.

Schulte also examines a software company, Menlo Innovations, where staying late at the office is viewed as a sign of inefficiency and can result in dismissal. “[This company says] if you cannot figure out how to do your job in 40 hours, we will fire you,” says Schulte. This from a company in an industry that is notorious for overworking employees.

THE BOSS HAS TO GO HOME FIRST

Rewiring a company culture to value leisure time rather than busyness makes economic sense, but Schulte warns, it’s a process that is top-down. “The culture is set by what the leadership does. If you work crazy hours, even if you [tell employees] to go home and be with their kids, no one will do that. They’re going to work how the boss works,” says Schulte.