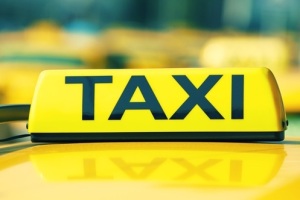 Business travel is not for the timid. The experienced traveller needs to look at it as a battle where one can never let the guard down. By in large, the airlines are not accommodating, no matter the number of miles one accumulates. Other travellers can be the enemy in trying to get that upgrade. And then there is all that required record keeping, especially the receipts.

Recently, I had trouble with taxi receipts after an encounter with a famous hip-hop artist. Lessons were learned, the CFO forgave the lack of receipts and this is the story summarized.

While in NYC, a colleague and I decided to share a taxi. She was going to LaGuardia airport, I was going to JFK airport.

(Lesson 1: Share taxis to different locations at your peril. Especially if you are on a tight schedule.)

The taxi dropped her off first at LaGuardia, and I was asked to pay for that segment because all trips to airports are flat rates. I paid the driver $38.00 and thought I would get a receipt later. We then set off for JFK.

In order to get back on the expressway, the driver opted to get on a side street. At that point the taxi overheated and stalled and he pulled over for cooling. Just as the driver was able to restart the cab, a black SUV pulled in front of us, blocking the taxi. The SUV driver asked if my driver could take somebody to JFK. My driver said OK and asked me if it was OK? Sensing a Good Samaritan chance I said OK too. At that point two young guys got out of the SUV both young and handsome, one very large. (What they were doing on a side street near LaGuardia Airport and why their Escalade could not take them to JFK are questions that might never be answered.)

They both climbed in the back seat of the taxi with me. Me on one door, the big guy on the other door and a guy in the middle, who introduced himself as Kendrick Lamar. It was only after some conversation that I discovered I was seated next to a famous hip-hop artist. The big guy was his bodyguard. Kendrick and I hit it off famously and agreed to be friends on Facebook.

(Lesson 2: No matter how jaded the traveler, it is still possible to make friends on the road.)

Once we arrived at JFK, my new friends departed at the Delta terminal, which was the first stop. Upon leaving the cab, Kendrick and his bodyguard said they would take care of the fare. I watched as they gave the the driver $40.00 cash for a $35.00 flat rate.

Five minutes later we arrived at the United terminal. I was rushing to get out of the taxi when the driver told me I owed him another $50.00. In fact, that is what the meter now read since it had never been turned off. I said, “No way, the other guy paid you” and, I already paid you at LaGuardia. I removed my bag as the driver went yelling for a NYPD police officer. The driver showed the cop the meter and I explained my side. The cop sighed and said, “Give him $25.00 and move on.”

I gave him the cash, we exchanged F-bombs and I entered the United terminal. I didn’t ask for a receipt since the driver was still inaudibly yelling at me from a distance and I suspect he was not wishing me a safe trip.

And then, upon entering the terminal, I realized that in the heat of battle I had left my cell phone in the back of the taxi.

(Lesson 3: Never set your cell phone down on the seat in the back of a taxi.)

I went back to the curb and, as I suspected, the taxi driver had made a circle to come back with the phone. He stopped traffic, held up the phone and yelled, “Twenty five bucks and it’s yours.” I gave him the cash and once again felt it inappropriate to request a receipt.

By now I had cut it really close to make my six-hour return flight. Unfortunately, I missed the flight but was able to catch one three hours later although I sat in seat Row 39B next to the lavatory.

(Final Lesson: Any flight that gets you home is a good flight.)

I’m glad I was forgiven for the lack of receipts that totaled $88.00 for the cab fare.

I am now a Kendrick Lamar fan although I am still waiting for that Facebook friend request.