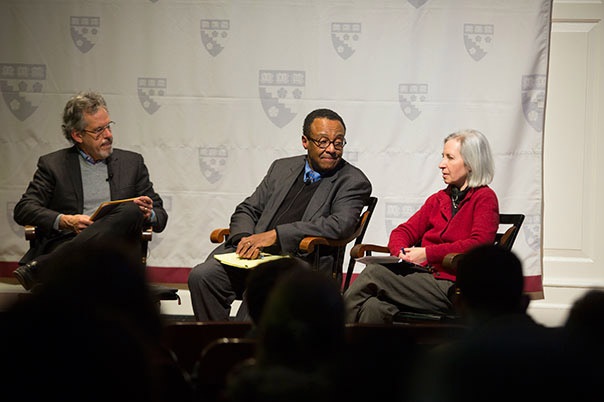 Story provided by the Harvard Gazette –

The chasm between the rich and poor has distressed world leaders as both a moral failure and a growing threat to global economic and political stability. In a bold statement last fall, Pope Francis sharply criticized what he saw as the excesses of capitalism, while President Obama called the historic level of wealth disparity and lack of economic mobility in the United States “the defining challenge of our time.”

Just as income trend lines for affluent and poor Americans have dramatically diverged over the last 40 years, so too have the educational achievement rates of their children. Today, residential segregation by income means that public schools with high rates of low-income students face spiraling challenges to prepare children for a workforce that demands high-level skills.

In “Restoring Opportunity: The Crisis of Inequality and the Challenge for American Education” (Harvard Education Press), Richard J. Murnane, Thompson Professor of Education and Society at Harvard Graduate School of Education (HGSE), and Greg J. Duncan, distinguished professor at the University of California, Irvine’s School of Education, examine how income inequality affects students and schools.

The book focuses on three innovative institutions that have taken steps to counteract the achievement burdens that wealth disparity places on schools and students: a pre-K school in Boston, a high school in Brooklyn, and a University of Chicago charter school. All have high academic standards, provide substantial and ongoing support for students and teachers, and maintain common-sense systems of accountability. While unusual, the authors say, the philosophies and practices at these schools could serve as models for change at other schools with similar populations.

“It can be done. It is not impossible to educate even high concentrations of low-income children well,” Murnane said Thursday evening during an Askwith Forum in HGSE’s Longfellow Hall.

Duncan and Murnane spoke about their work and offered some strategic interventions they called “sensible accountability” that schools can adopt. The talk also featured a panel discussion with Martha Minow, Ed.M. ’76, the Morgan and Helen Chu Dean and Professor at Harvard Law School; Clarence Page, a Pulitzer Prize-winning syndicated columnist for the Chicago Tribune; and Paul Reville, the Francis Keppel Professor of Practice of Educational Policy and Administration at HGSE and the former Massachusetts secretary of education.

Given the increasingly complex skills that students must master to succeed in today’s workforce, Duncan and Murnane suggest, schools need to deliver better instruction and learning opportunities, and be rightfully held to higher achievement standards. But too often, teachers and school leaders are not getting the adequate training and support to make those goals a reality.

“At the very time that we’re upping the ante on schools and what they have to do, we’re creating conditions in those schools that make them harder and harder to teach those skills,” Duncan said.

Numerous past efforts to address the inadequacies of many public schools, such as more per-pupil spending or the creation of charter schools, have failed to consistently slow the trends of the last few decades.

While money and how it’s spent matter, Minow noted, that’s not enough. Research shows that rich and poor students spend equal time looking at computer screens, but their skills from that engagement are not equal, she said.

“The difference is not time on screens, the difference is access to adults and coaches, and are you in a community with other people who help you as you navigate, whether it’s educational stuff or it’s games or whatever,” said Minow. “That’s the difference, and that’s reflected in those [parental] expenditures.”

Minow and Page agreed that one major obstacle to implementing any new idea to improve education broadly is overcoming the public’s disappointment with past reform efforts that simply haven’t delivered on their promises.

“I think the danger is there’s this constant effort in school reform to find the magic bullet, the one thing that’s going to fix things,” Minow said, praising Duncan and Murnane’s emphasis on “sustained intervention,” not a quick fix. “Nothing is sustained; there’s no long-term anything.”

“The fact is that we’re talking about some deeply rooted problems,” Page said.

“Everybody wants better schools. There’s a consensus nationally that we need to improve our schools, that we need to save education,” he said. “There is also a universal disdain for paying for improving schools. However, if we show that change is possible, that change can happen, and can work,” then he thinks we can find “consensus for change.”