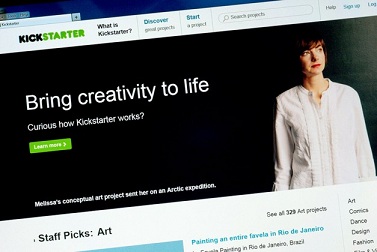 Question: My company is contemplating a Kickstarter-style fundraising campaign. I’ve seen these kinds of things fail too often. How can I maximize my chances of reaching my goal?

Answer: You’re smart to plan ahead and do the best job possible on your crowdfunding campaign. According to data from Kickstarter.com, one of the oldest and best-known crowdfunding sites, fewer than 44 percent of posted projects are successfully funded, and most of those raise less than $10,000.

Making sure your campaign is appealing from the start—and that it gets seen—is crucial. While 10 percent of Kickstarter projects never receive even a single pledge, projects that raise at least one-fifth of their goal go on to be successfully funded 80 percent of of the time, according to the company.

Your work begins long before your campaign goes live, says Nathan Resnick, founder of Yes Man Watches, who raised more than $32,000 in January and February on Kickstarter to make wristwatches. The University of San Diego finance major started with a $15,000 fundraising goal.

“People underestimate the importance of telling everybody what you’re doing,” he says. “I called media outlets, I activated my network on social media and asked people to share it and tweet about it.” He also made sure that his Kickstarter page provided a prominent, simple way for visitors to share his goal on their own social media sites.

Because he had made early connections at watch blogs and sent them preview links to the Kickstarter site, his funding campaign was mentioned online on the first day it went live, sending him a flood of Internet traffic from around the world.

He was prepared. Three months before he launched his campaign, Resnick says, he began talking up his plans to friends online and offline, so they would come on board with funding and other support right away, giving him momentum out of the gate. He also set up a website, a Facebook (FB) page, and a Twitter (TWTR)account for his company, all featuring attractive photos of his watches. “Pictures are huge—so if it’s a physical product, make sure people can see what it actually looks like and does,” he says.

Ilene Ruvinsky, a co-founder of Don’t Call Me Ma’am, a Seattle skin care company, put time, energy, and funds into a video for her current campaign on Fundable.com. If your video is weak or doesn’t tell your company’s story effectively, “you have lost before you have begun,” Ruvinsky wrote in an e-mail. “Spend some of your own capital to get the help necessary to produce a thoughtful video pitch that showcases your products in a manner that makes them look viable and market-ready.”

It’s also important to set attainable goals. “Know exactly what amount you need for your launch and set goals accordingly,” Ruvinsky advises. “Strive to get the most you can, but keep your goals realistic.”

Resnick calculated how much money he would need to launch his watch brand and produce an initial minimum-order run. “We didn’t want to make the goal out of range by adding in additional costs that might occur later,” he says.

He also didn’t spend a lot. “It almost doesn’t cost anything to launch a crowdfunding campaign. My friend who was an amateur photographer took the pictures and someone at my university shot the video,” he says. Kickstarter’s fee was 5 percent of the total amount raised.