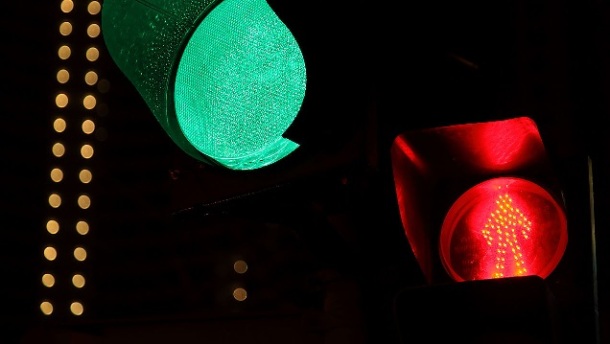 You think you are being super-productive, but really you are ruining your decision-making abilities and never reaching your best ideas.

We are expected to make big decisions at lightning speeds, reply to email within seconds of receiving it, and churn out responses to disasters faster than social media followers can spread it.

As we speed through the day, checking items off our to-do list, we assume we’re being uber-productive. But is speeding down the expressway of the workday really the key to success?

Kevin Cashman, senior partner at the talent management firm Korn Ferry and author ofThe Pause Principle, says no. He argues flying through the workday is actually hindering our productivity and says rather than doing more, we need to do less with more purpose.

Cashman realized he was onto something when he was coaching senior executives and CEOs at three-day intensive workshops that forced them to put down theirsmartphones and step away from the chaos of the office.

What happened after this pause to reflect and strategize were often major breakthroughs. In addition, over 10 years of doing keynote speeches, Cashman noticed another trend. He would often survey his audience and ask where they got their best ideas –78% of the time, people reported their best ideas came to them in the shower, while exercising, or while commuting.

Putting these two pieces together, Cashman realized he’d stumbled upon “the pause principle”–the idea that the most innovative breakthroughs, flashes of insight, and solutions are discovered not when speeding through our to-do lists, but when we take a break.

Cashman says our modern workplaces have become too focused on performance and don’t allow the space for these creative breakthroughs to take place. Employees are rewarded for their speed and punished for slowing down.

He argues leadership styles should be changed to reward purpose rather than performance. “If performance is the purpose then our only solution is to go faster and faster and do more and more with less and less and that becomes this perpetuating pattern [that’s] just not sustainable,” says Cashman.

While a performance-driven work environment is energy-draining, a purpose-driven culture is energy-giving. Taking the time to clarify what the purpose of the organization is provides a higher-order meaning and drives employees to be more invested in their work and therefore, more productive and innovative. But in order to achieve this, Cashman argues, we need to pause.

The type of pause he advocates isn’t a two-week beach trip, but rather slowing down with purpose. There are three major pauses Cashman says we need to take:

1. PAUSE TO GROW YOURSELF.

Take a step back to examine your own strengths, areas of development, and your values system. “Most leaders don’t take sufficient time to step back and understand themselves,” says Cashman. One way to take this pause is to start each day by setting an intention for the day. Consider your priorities for the day and write down your top priorities for the day to keep you on track and focused on the bigger picture, and end each day by reflecting on how well you met your intentions.

2. PAUSE TO GROW OTHERS.

Take the time to help others through coaching and mentoring. “Leaders consistently rank coaching as one of the top three most important competencies, but it’s the least practiced,” says Cashman. Scheduling regular times into your calendar to provide mentorship to junior team members will help create a stronger and more unified team and makes for a more successful company in the long run.

This reflects the need to slow down to enable yourself to see the different dimensions of a problem, to encourage a process of collaboration and allow the creative space for breakthroughs to happen. Twenty-four-hour hackathons, where everyone stops focusing on their regular job and is asked to work in teams on a creative project of their own choosing, is an example of a pause to grow innovation that often results in creative breakthroughs.