We all want it both ways: to get what we want from a tough negotiation and to walk away with our relationship intact. The good news is that kind of outcome is possible. But how exactly do you drive a hard bargain while also employing soft skills? How do you advocate for what you want without burning important bridges?

What the Experts Say
A negotiation is “a courtship, a dance,” says Michael Wheeler, a professor at Harvard Business School and author of The Art of Negotiation: How to Improvise Agreement in a Chaotic World. “But you don’t have to compromise and settle for less in order to maintain good relations.” Jeff Weiss, a partner at Vantage Partners, a Boston-based consultancy specializing in corporate negotiations and relationship management, and author of the HBR Guide to Negotiating, agrees. People think they either have to be nice in order to spare hard feelings, or overly tough in order to win, he says. But that’s “a false dichotomy and an incredibly dangerous one.” Here’s how to negotiate to produce a lasting relationship and an outcome that works for you.

Make small talk
“Don’t rush to the substance,” says Weiss. “Introduce yourself, and take a little time to get to know people, how they operate, and how they act.” This chitchat can often provide crucial information about the other side’s interests that might help you later. It also helps establish a rapport, and sometimes even trust: In a Stanford University study, students who were required to make small talk before a negotiation were significantly more likely to come to agreement than those students who weren’t. The conversation needn’t be personal, either. It could be about process — like how long the talks should take, and how the other side tries to involve stakeholders — which still gives you context that might prove useful. Making smart small talk “is where the great negotiators really shine,” says Wheeler.

Don’t try to buy love
When an important business relationship is on the line, there’s a tendency to cave to the other side’s demands in order to avoid tension or confrontation. But “money does not necessarily buy you love,” says Wheeler. Conceding on price or substance because you don’t want to upset the other party is a losing scenario, even if you think you’ve temporarily saved the relationship. “In reality, you haven’t gained anything, you didn’t build trust, and you’ve taught the other side to negotiate that way,” says Weiss. Pushing back in a professional way needn’t be seen as combative. You can “challenge people respectfully,” says Weiss.

Be creative
Try dropping the word “concession” from your thinking, because it often helps to create a confrontational and antagonistic mindset. “If you frame the negotiation as adversarial, you will ensure it becomes adversarial,” Weiss says. Instead, approach it as an act of joint problem-solving: What are the critical issues at hand, what are my interests and their interests, and what are some different possible options for satisfying those various interests? “Negotiation isn’t about conceding, it’s about being creative,” Weiss adds. That positive, innovative approach is not only far more likely to lead you to a beneficial solution, but also to a place of trust.

Stress “we” over “I”
Highlight what you have in common. Using “we” rather than “I” signals to the other side that there are areas of agreement and that you envision a future working together. “Be mindful about what draws other people out in a constructive way,” says Wheeler. And if you find the negotiation stalling over an issue, pause to sum up what you have already accomplished, advises Wheeler. “Say, ‘We have agreed on A and B. C is still provisional and D is in good shape. Now we’re having trouble with E. We’re most of the way up the mountain. It’d be a shame if this got us stuck.’”

Ask questions…and listen
Great negotiators don’t simply present their demands; they ask careful questions designed to better understand the other side’s interests. “Don’t just ask people what they want; ask why they want it, for what purpose,” Weiss advises. “Moving from the what to why gives you more grist for the collaborative mill.” Rhetorical questions are a no-no, Wheeler adds. Asking questions like ‘Don’t you think this is fair?’ simply “paints others into a corner,” he explains.

Walk in the other person’s shoes
Don’t assume that the other side’s positions are deliberate acts of provocation; they may have pressures of their own that aren’t immediately apparent. “When we have to be tough, when we can’t bend, it’s because our budget has been cut or we’ve got to hit our targets for the next quarter,” says Wheeler. But “when somebody else is tough with us, we assume it’s them. It’s who they are. We have to remember that they may be operating under constraints as well.” Preparation here can be very helpful. You may already know that the other side is under pressure because of supply-chain issues, or new leadership. Try to see the issue from their eyes. 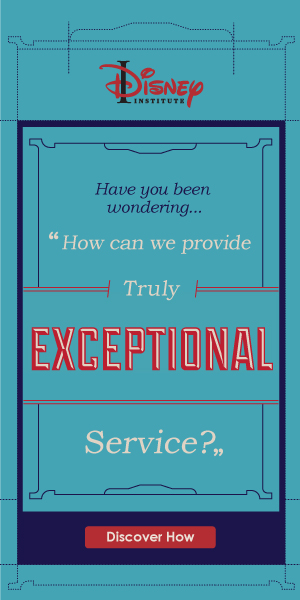 Case study #1: Pausing to inquire
Jeff Haydock was spearheading bidding negotiations on behalf of a solar energy company for a large installation project in a Massachusetts town. The winning company would not only design and install the project, but also finance it and own it for 20 years, selling power to the residents at a discounted rate. Because of the length of the contract, it was imperative that the two sides build and maintain an excellent working relationship.

The town had already rejected at least two vendors’ proposals before Haydock gave his pitch. So when preliminary talks began, he spent most of his time getting to know the stakeholders and asking them questions. “The more time you spend with a group of people, the better feel you can get for their interests, so, the first 20 minutes we spent talking about this guy’s golf game or someone’s granddaughter,” he recalls. “You finally get to that point where you feel everyone is being transparent.”

Haydock could then get honest answers to questions like: What were the hot-button issues that killed the first two negotiations? What were the residents’ primary concerns and what was their ideal outcome? “After I got a sense of what the problems and possible solutions were, I went and had a sit-down with my boss back at my office, and together we came up with a couple of creative solutions to fix these problems that the other vendors just hadn’t come up with.”

They won the contract, and Haydock, who has since launched ecoCFO, a company that provides CFO services to energy and environmental businesses, believes honesty, inquiry, and transparency were what sealed the deal. There was “no room for smoke and mirrors, or misdirection, or any of those other standard negotiation tactics that others might use,” he explains. “We all recognized that it was going to take not just any partner to get this done. It had to be the right partnership.”

Case study #2: The power of the personal
Royce Leather was entering reordering talks with a major American department store responsible for more than a million dollars of its annual revenue. But just prior to the negotiations, which involved a substantial, six-figure purchase order, the leather goods maker had to institute a price increase on many of its wholesale items, largely because of a crippling drought in Texas that dramatically increased the cost of American cowhide.

Not surprisingly, the department store pushed back strongly. William Bauer, managing director of Royce Leather, countered by explaining his position and emphasizing the companies’ long history of doing business together.

“I had to convince the other side that we were not trying to deceive or mislead them and that we were committed to their profitability,” he says. “I had to convince them we were united against a common challenge [and] take winning out of the equation.” He explained the current pressures on Royce’s supply chain, and noted that, while the company had protected its partner from earlier price increases in raw materials, it simply couldn’t this time.

To drive home the importance of preserving this lasting business relationship, Bauer brought along his father, a company founder who had first established relations with the store more than 40 years earlier. “His presence in the room reminded them that we’re a family business,” Bauer says, “and reaffirmed our dedication to their long-term business.”

The store agreed to the reorder at the new price, and the two companies continue to do business today.