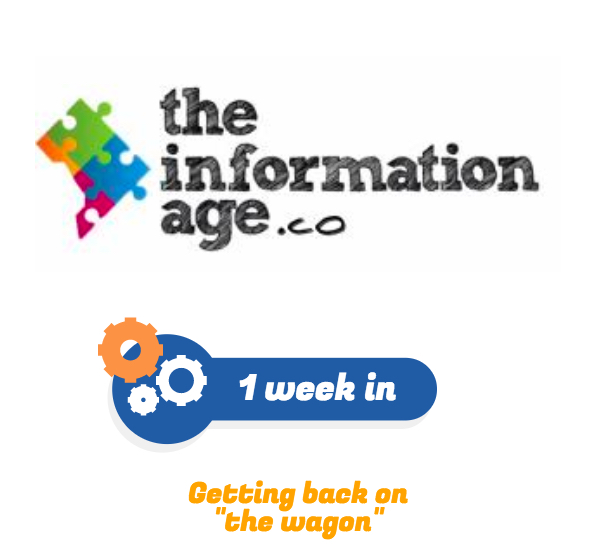 “Why can’t the new year start in the summer??” said the woman in the back seat of my car. It was New Year’s Eve going into 2018. I was driving for Uber. She made the comment and I laughed. Although it was a thought that never came to my mind, it was something I could agree to. Why couldn’t the start of a new year happen in 85-degree weather? I’d imagine it’s probably 85 degrees somewhere; just not in Washington, D.C. at 11 pm on December 31st.

2018 came in at midnight. The new year started and I had big goals for the year. 7 days in and in some areas, my week didn’t go as planned. Dietary adjustments, daily routines, and goals for new habits didn’t quite happen how I’d like them to. It’s only one week. I sat and wrote about it in my journal. I am ready for week 2. As I wrote, I thought about a question that I’ve never found an answer to: “When do we fall off the wagon for resolutions?” Is there a universal day or period where we fall off? I am curious to know. I may not find the answer to that question. But, in thinking about the question, I’ve realized that it’s not about staying on the wagon; it’s about getting back on the wagon as many times as possible.

“An expert is a person who has made all the mistakes that can be made in a very narrow field”. That’s a quote from Niels Bohr, a physicist and Nobel Prize winner. “Your wagon” is as narrow of a field as it gets. Only you know “your wagon”. As you fall off of it, it’s important to figure out why. We make mistakes. The mistakes we make because of our desires and lusts are the ones that we don’t want to figure out. We’ve all clipped up on the street before. Some of our falls are worse than others. The worst falls cause us to get up quickly. They grab the attention of other walkers. Some may rush over to us after the fall. “Are you ok!?!?” You respond “yes”, but the blood and cuts in the palm of your hand or on your knees say otherwise. The fall is so embarrassing that the embarrassment outweighs the pain. Sometimes, the embarrassment doesn’t allow us to recognize the severity of the injuries. The same can be said for us falling off of “the wagon”. We make a resolution. We compromise the resolution. We go back to how things were. “The wagon” gets too far away from us to catch it. A part of that is because we are afraid to address the fall.

Scott Adams, the creator of “Dilbert” speaks at length about systems. Systems in this instance refer to creating a way of life that allows your goals to manifest. Goals alone are good to have. Systems create the pathway to success in achieving goals. The idea of systems has been on my mind for some time now. I’ve been thinking about systems, the new year, and where I go from here. After a lot of thought, I realized that falling off of “the wagon” for me was easy. The ease of the fall was because when I fall, I have other systems already in place.

The first week of 2018 has been a cold one! We’ve had snow and freezing temperatures. A big goal for me has been improving my diet. What says “eat junk food” better than freezing cold and snow days. Pizza, waffles, fried chicken, steak and potatoes…. ice cream… that’s the kinda food you eat in those kinds of conditions. Salads and smoothies aren’t exactly the picturesque combination for a snow day. I realized that my current systems are powered by my feelings, the weather, and the day of the week. I came to the realization that I have such a robust system for eating the wrong foods. There are certain days of the week that I plan to eat what would be considered “bad” food. I have this schedule down to a science. And it was at that moment that I realized I have to create this new system for good foods. I can’t have new, good goals and operate in an old system that isn’t the best for those new goals.

It takes some time to create a system. A system is a sign of convenience. It’s set up so that you can eliminate as many decisions as possible. Friday night… pizza. Saturday night…steak…followed by some ice cream. Sunday…fried chicken. Isn’t it amazing that on “cheat days” you know exactly how things roll? But, on the days when you are improving, you have no idea how you’re going to stay on track? It’s time to build a system. Systems aren’t built overnight. But you must track the progress of the construction. You must track the progress so you will begin to know how the new system work. I’ve always believed that when you don’t know what to do, you end up doing what you know. Build the new system so that you know it so well that you no longer have to think about what to do. You will do what you know.

The construction of my new system has begun. I don’t know how it ends, but I know it’s begun. Instead of doubling down on the regrets of falling off of “the wagon”, build the system. I am away from home in the evenings working on some weeknights. I’ve realized that Whole Foods is open until 11 pm. That is now in my system which is under construction. I know I have a spot where I can grab something up until almost midnight. I am an impulse eater. I don’t eat a lot. But, I won’t often know what I want and will end up eating something I shouldn’t at a moment’s notice. Now, I am training myself to write down what I will eat on the day before. Again, a system under construction.

I’ve spent a lot of time talking about food because I know this is a challenge for me and so many others. And the first week of 2018 triggered weak points for a lot of us. The cold, the snow, the thought of comfort food….. it’s all too tempting to fall off…or give up altogether. The woman who got in my car on that cold night on New Year’s Eve had a great question. But after reflection, I’ve realized that the beginning of all things with great possibility will cause you to experience discomfort. The period of a new beginning is often met with pain, friction, and/or discomfort. A mother in labor, a kid’s first day on the football team, a student’s first assignment for an AP class, a first-time business owner’s first day in the storefront… There are lots of examples of pain that we experience upfront when starting anew. It’s a part of the process. It’s necessary. It shows us how much we can handle. And after a while, it allows us to reflect on how far we’ve grown.

I could go on and on… and on. My point is that you made a decision to start this thing (whatever that is for you) on January 1st. That doesn’t mean you’ll have it down to a science on the first day. You may not have it down to a science on day 365. But, stay committed to the construction. Your seat on “the wagon” is reserved. It will always be there as long as you are trying with all of your might to get back on.