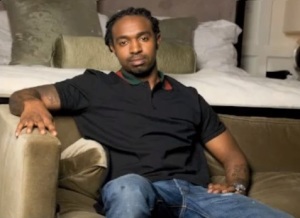 So, I made a promise to myself not to cover music acts on this site. I have my personal reasons for not wanting to do so. Music is so subjective and everybody seems to be doing it now. And while music has the ability to bring us together, the content can also separate us. On top of all of that, I didn’t want the floodgates to open and become bombarded with music related requests on the site. This site is more about business, technology and extraordinary stories. But I had an encounter with Tariq “Mista Dink” Williams that made me make an exception to that rule.

Tariq has overcome many obstacles. Like many young African-American men in the D.C. area, the temptations of the streets got a hold of him. After battling with many incarcerations over a 10 year period, “Mista Dink” one half of the group “Villian Style” now has a focus on being a better person and providing a better life for his family through music. As a member of the Gangster Chronicles Music label, he’s experienced what the music business is really about. If the label is not traveling to New York to meet with the top bloggers, music writers and executives, they’re in Los Angeles connecting with music insiders at the Grammys. If they aren’t in Alabama and Georgia doing radio promo tours, or featured online in comic strips, they’re in Las Vegas pushing their brand.

Tariq was gracious enough to talk to us about a few of the 4,080 rules of the music industry.

The interest in creating a career in music is rapidly increasing among people in the D.C. area. But it’s not as easy as people think. What was the biggest blind spot or unknown reality that was exposed to you since you’ve entered the recording industry?

I would have to the numbers. The industry is obsessed with numbers. Since the beginning of time, most people have developed the notion that quantity beats quality. Unfortunately, we live in an era where people believe that your numbers are parallel to your importance. For example, if you’re an artist with social media pages, but your followers are low, people assume that you’re a “nobody”. So within the recording industry, it’s all about numbers.

Your group has been showcased on major video outlets and magazines. How do you build on the exposure that you’ve gained from those highlights?

We’ve just tried to maintain the momentum by being seen and creating as many visuals as possible. The saying goes “Out of sight, out of mind”. We have a minivan that we’ve converted into a promotional tool by wrapping it with the Gangster Chronicles logo. That allows us to showcase the brand through our travels. Above all, we remain as active as possible. No matter the endeavor, everybody knows how gratifying it feels to hear “I see you working”! It’s a reminder that your labor is not in vain. We don’t get comfortable, puffed up or filled with pride over past achievements. There are always more milestones to meet.

“GC Music” has a very structured set up. Talk about the importance of rising independent artists being affiliated with fully-staffed record labels prior to signing major deals.

Having that structure is very important. This music business is a machine and you have to learn the mechanics of it. In a machine you have conveyer belts, pulleys, and buttons. The people on your team play these roles within your movement. You’re only as good as your team. The saying “It’s not what you know, but WHO you know” reigns true in most situations. Also, you’d better hope that the person that you know also knows the right people. This is not just a music industry rule. It applies to the blue and white collar industries. Meeting people is the key, but you have to also maintain healthy relationships with them. You have to ear/eye hustle, pound the pavement and network as much as possible.

Artists are now diversifying their business options through endorsements, partnerships and subsidiary companies. Are those options potentially in the future for you?

God willing, we will! We have an online comic strip called “The Adventures of the Untouchables”. It’s an animated version of the GC roster. We’re all featured and we play underground heroes in Washington D.C., which at the time is a city under siege. We are pushing the concept in an effort to catch the attention of some of the powerhouse cartoon and comic companies like Marvel or Adult Swim.

On a personal note, I love Ledo’s Pizza. There are the coolest “squares” that I know! I’d love to do a pizza commercial with them.

One thing that we’ve learned is that to do all of this, we have to maintain a good reputation and stay out of trouble. Potential sponsors are uneasy with hip-hop and we have to do a better job as artists to maintain our professionalism.

Even though you are a part of a two-man group, the two of you develop individual branding strategies. What are the positives and negatives of taking that stance?

My partner, Dominic “Half Dog” Tatum, is a totally different person than I am. He is more stubborn and assertive than I am. I’m easy-going and I tend not to have a care in the world. Those traits usually cause us to clash initially, but we meet halfway and come up with ideas that work for both of us. The duality of the situation works. We have been working on branding our name in a better fashion. People hear “Villian Style” and automatically think that it’s negative. It’s actually an acronym that stands for “Very Intelligent Living Legends Inspiring A Negro Society Teaching You Lessons Eternally”.

With so many people attempting to make music today, everyone has a desire to collaborate. How do you determine if you want to collaborate with other artists?

First, I will check out their music. If It sounds like something that I could feature without compromising my musical integrity and dignity, then it’s cool. Secondly, the artist can’t have a bad name or reputation. I just can’t have any parts of dealing with people who are bad for business. Sometimes, I will be a part of a song to show love or because I respect the hustle and grind of another artist. Lastly, the price has to be right. I’ve done my fair share of features for “Free 99”. I’ve been recording since the late 90’s and I still have to pay my dues. But, I also have to pay my bills! I’ve collaborated with national acts like The Outlawz, Yukmouth and Raheem Devaughn. Don’t assume that they did this for their health!

Along the lines of the last question, what are three (3) things that can easily identify an artist that is serious about the business?

1)      Their consistency – Bringing the same intensity, yet always looking to be better.

3)      Punctuality – Being timely for meetings and their turn-around time for finishing projects, etc.

What advice would you give to someone looking to get into music?

Start from scratch and keep scratching baby! It won’t happen overnight, so I hope that you’re in it for the long haul. WRITE DOWN EVERYTING! Don’t think it…ink it! Take some initiative and seize all opportunities. Last but not least, invest in yourself